So the Maker Faire Bay Area is in full swing, and info about the new BeagleBone Green is in. After 4 months and a day, the rumors about a BeagleBone Green come true. The differences with the reference BB Black design were mostly known from our previous blogposts, but there was one new thing that was not in the pictures before, and that is a builtin RTC with battery power.

The board will not be available immediately, we’ll have to wait till June 19th to order it, and it will cost about $50, which puts it in about the same price range of the BeagleBone Black. The release will be at the Maker Faire Shenzhen.

There is a video with Jason Kirdner from BeagleBoard.org, explaining about the differences between the BBB and the BB Green. He also tells some things about the other boards that have been made based on the BeagleBoard designs, that were also mentioned in my January blogpost.

As soon as the people of SeeedStudio are able to send me their info, I might have more news, but it seems Jason told us most of what we can expect already. Maybe I can get some better pictures too.

I am very interested in the BeagleBone Green, but I think SeeedStudio/BeagleBoard.org could easily get more interest from the community. If there is only one marginal site that is interested in talking about a new product till the day before the presentation when one other blog finally picks it up, that shows that Open Source Hardware marketing still has a long way to go. Competitors that have less freedoms and functionality in the products themselves are much better at making a buzz for their new products.

It does however show the organic appeal that BeagleBone gathers, that without a lot of marketing, the BBB is still seen as the runner up in SBC boards, after RPi and their massive marketing push. I dont think it is their fault though, there is no good way yet to follow the progress made on OSHW that solves specific solutions, so the closed way to present new designs that is known is the only way to reasonably go.

Do not get me wrong, I love the OSHW movement, and am a happy customer of both Seeed and BeagleBoard, but I think this halfhearted approach to introducing a new product does not help OSHW. If you give out hints to the community, feed the buzz, not let it die out again.

That said, I hope to have one in my hands soon, so I can show more about the plus points of the BB/Grove combination. And again, if you know more or have made pictures of the BBG, please contact me!

Update: (2015-05-18) Some pictures emerged on twitter showing the BBG at the SeeedStudio booth: 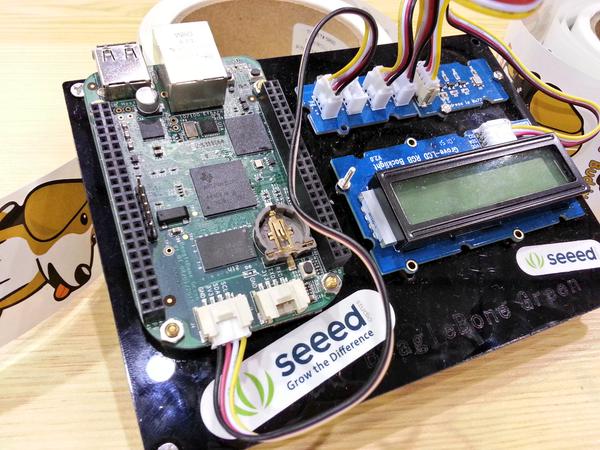 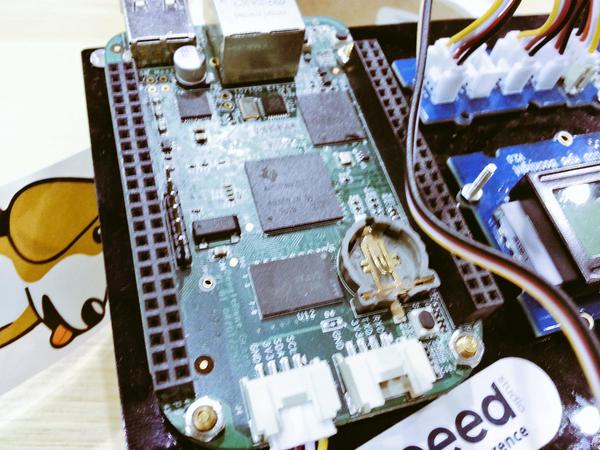 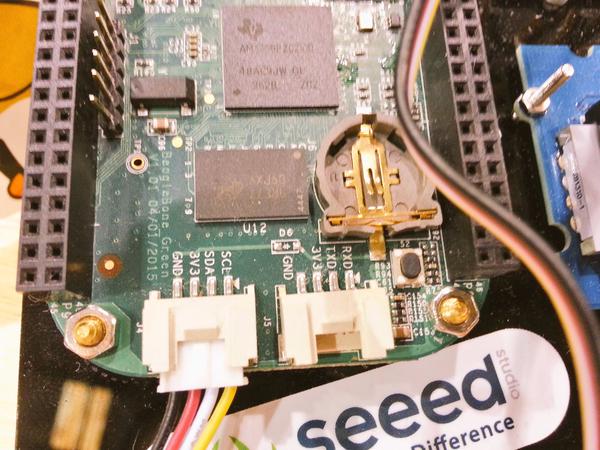 We continue with part 4 of this series.

Thanks to Jason and the team at Seeed to make this great board possible! To be continued 🙂

One thought on “The BeagleBone Green part 3: Presentation”